A fire at a townhouse in a posh area of Brentwood caused the evacuation of nearly 40 area residents, and has been deemed arson by fire investigators who announced a $50,000 reward for information leading to the capture of the arsonist. Emergency responders rushed to the blaze at 3:37 a.m. to find a multi-unit dwelling engulfed in flames. The location was under construction at the time of the fire. Adjacent homes and apartment complexes were evacuated. Two of these, a home and an apartment, were virtually destroyed by the fire, which forced the relocation of families. As a result, the evacuees were eventually housed at a nearby recreational facility, or found shelter with friends and family.

Almost 175 firefighters responded to the situation, which took an hour and a half to extinguish. Fortunately, there were no injuries or fatalities. However as the photos below show, the fire caused complete devastation to the dwelling under construction. The structures were in the wood-frame stage of completion.

“We got up grabbed our daughter, basically got everything out, went down there to make sure embers weren’t coming our way,” he said. “Embers were everywhere. I mean I’ve never seen a firestorm like that before,” said resident Chris Helin to KNBC about having to flee the inferno with his family.

“The amount of heat they put up was pretty extensive,” LAFD Assistant Chief Scott Mottram told the station.

Unique Restoration responded quickly to the tragedy and helped residents find shelter. Although one of the people UR helped was without insurance, Unique Restoration helped her save her valuables with emergency packout and storage service.

Click on the photos and arrows to the right to view our gallery of photos. 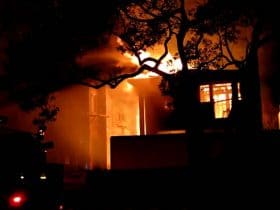 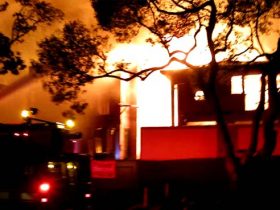 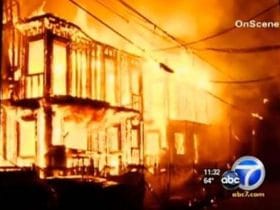 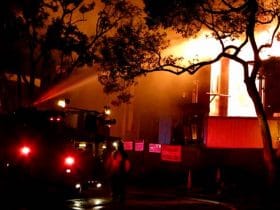 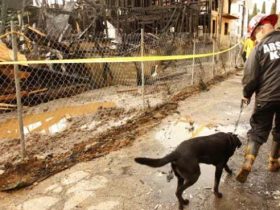 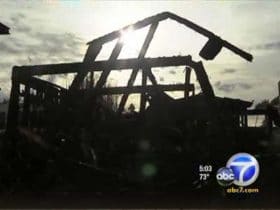 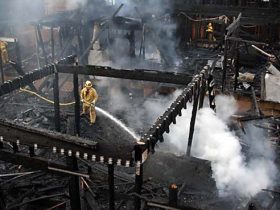 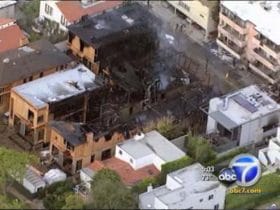 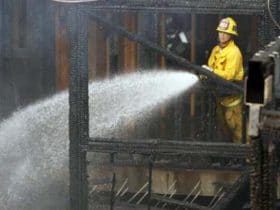 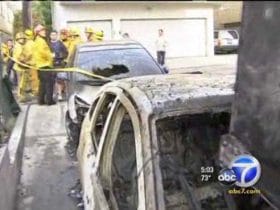